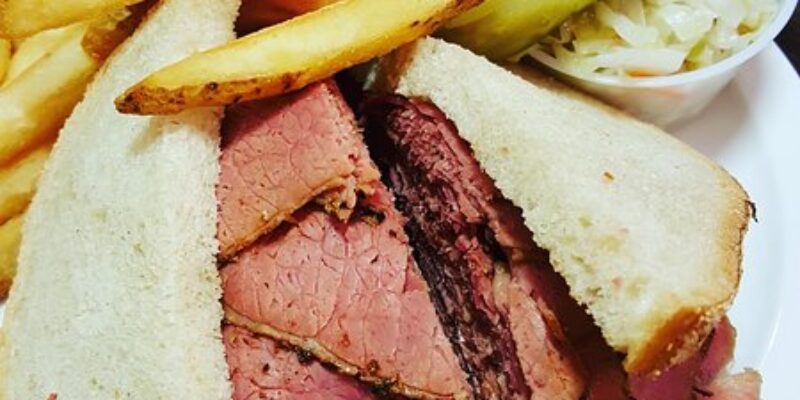 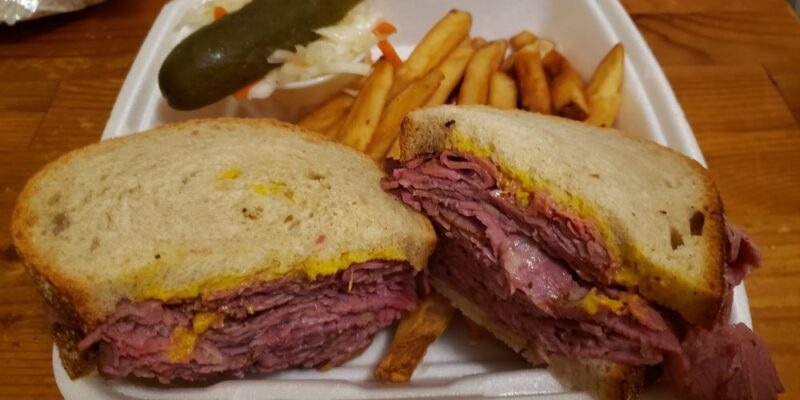 A Family Tradition Since 1957
Four generations of serving up some of the most savory, traditional Jewish deli in Toronto.

On April 27, 1957 Moe Pancer and his son Stan, at 22 years of age, opened the doors of a new deli called Moe Pancer’s Delicatessen. Stan’s wife Evelyn, who also was a part of the opening, happened to give birth to their first son Michael on that same day.

Moe Pancer’s became a regular meeting place for large steel companies, building groups, movie stars, hockey players and rock bands. The bands RUSH and Anvil grew up with the Deli. Comedian John Candy had said it became a “family home away from home.”
As staff joined the ranks most of them never left. Counting over four staff whom made it to the 50 year mark.
Many of the recipes came from Europe from family members like the matriarch, Rose Pancer and her mother as well as Moe’s mother. The spices for the meat were all custom-made recipes brought in from Europe.
Continuing the family tradition, Stan brought his children into the business. Michael started in the kitchen, part-time at 10 years of age and worked full-time there through University. All of Stan’s kids, Mike, Cindy, David and Lorne, put their time in at the deli. In 2004, Lorne and Michael lead the move to the new location, two blocks south.

Rose and Moe Pancer’s grand children Michael, Lorne, Ron and Mark are running the business now. As well, two of the great grandchildren, Jamie and Julian are involved in its resurgence. Julian, a professionally trained red seal chef is taking the business further with his own cooking studio www.thechefupstairs.com.
The Pancer family, Michael, Ron, Mark, Jamie, Julian and Lorne are excited to be back and hope to offer Toronto the best deli experience possible!

Show all
Show all timings

Appointment confirmation email will be sent upon approval.

We have received your appointment and will send you a confirmation to your provided email upon approval.

Your request has been submitted successfully.